I recently acquired this Peel session in mp3 format and was keen to share it with you all. If anyone is interested, I'll make the mp3s available in some format or other. If not, just enjoy this video montage.

Posted by entrailicus at Saturday, August 31, 2013 No comments:

The key to YouTube mining is to go with your instincts.

'YouTube mining' is a term I've devised to define my hobby of searching for new and previously unheard music on the video website. It's actually quite a simple notion: Listen to something that you haven't heard for ages and then choose something you've never heard before from all those videos that are displayed on the right hand side. This can be tricky, as all you're going on is the thumbnail picture chosen by the uploader. It is, however, incredibly rewarding when you find something truly majestic, as is the case with today's offering.

I'd never heard of 'The Soul Survivors' (they basically had one fairly big hit in the late 60s) and all I had to go on was the image of the magnificently afro-haired woman enticing me to click on a song called 'Mama Soul'...

As far as I can ascertain, this track was never even released as a single. I've found very little information about this song, although it apparently featured on their 1967 album of the same name.

Posted by entrailicus at Tuesday, August 20, 2013 No comments:

A 46-minute segment of the pre-Christmas show. I'm extremely pleased about this one as it features the epic song 'Flesh' which I myself played in one of my podcasts. At the time I was in the 'difficult' second year of university, you know the one where they kick you out of halls and you have to live in a house much worse than your parents'. Thanks to alanforduk for this gem:

This is what TV adverts looked like in 1995. Glad to see that someone was still using Quo to sell car parts, while it's amazing to see what Bruce Forsyth would do if, er, the price was right. Did the internet really look like that back then?

Posted by entrailicus at Tuesday, August 20, 2013 No comments:

Peter Gene Henandez commonly known by his stage show name Bruno Mars  is an American singer, song  writer and record producer. He has a family background of musicians. At a very young age Bruno Mars started doing his stage shows. After his graduation, he moved to Los Angeles for pursuing his musical career. 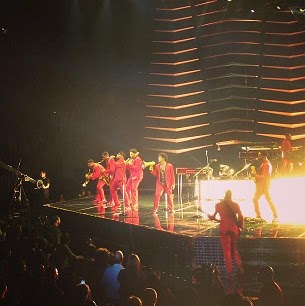 One Saturday night on his stage show at Barlays Centre while   Bruno Mars was busy singing romantic slow jam  “ If  I knew” he  halted unexpectedly for a comic movement. He had an eye to eye stare at a lady sitting in the  front  row  by the name India and offered his intention to sing for this lucky lady. He with his unique Hawaiian  style  acknowledged  and  began his song named” R & B 101” after introducing himself to the lady and started with words “ I’m the guy on the ticket”.
This marks Mars’s  down  to earth attitude towards his fans. His talent as a musician is more than enough to admire him. Just with two albums to his name ( recently  “Unorthodox Juke box” of 2012) he has already made a mark in the world of pop music.

The technique with which Bruno Mars shifts the styles and genres is effortless.  In the first hour, his mix of styles starts from disco-funk licks of “Treasure” to  Jamaican  rhythms called reggae of “ Show Me” to a heavy notes of “Runaway Baby” in a spur of moment .His unique ability is like an iPod with which  Mars shuffles between the songs of  Barrett Strong’s “Money(That’s What I Want)”, Ginuwine’s pony and  small notes of Prince’s “Purple Rain” with great ease.

It is Mars who is the whole and soul  behind  the show, but it is the team effort and coordination of the members of his band is behind its success . The eight member band comprises not  just  people who are hired by him but are his best friends who are dancers and rappers who share the best on stage chemistry. The unity among them is seen on the fact that all wear same red suits, leopard –skin vests and gold chains. This resembles the pimp culture usually seen in New York  as  they  started playing  “Shaft”.

The major success comes from the show of new wave rock song “Locked Out of Heaven”.  It is a feather in his cap. This is not only Mars best tunes but has become the great pop songs of the decade. Even after being criticised by many critics that this song has Police being mostly referred, it is rocking all over by making people dance  to its  tunes .  Mars acknowledges the love for his fan following by throwing the golden glitters into the crowd and by performing his drum solo.

Bruno Mars is a performer and entertainer in true sense as his show is a complete package of humour, catchy and rhythmic songs. One cannot get away with Mars’s mesmerising music which will make a mark not only on  ones’s   mind but also on one’s soul.  Tonight Mars  is  going to  rock in Prudential Centre Newark with his performance.
Posted by entrailicus at Tuesday, August 20, 2013 No comments:

Thanks very much to Alan for making this one available. I haven't even downloaded it myself yet so can't comment much. The downloads cover almost the full three-hour show, in four parts, and feature sessions from Party Dictator and Scientist.

Looking to hire a live band?

What do you do when you want to put on a really great event such as a party, wedding, or even just a really memorable family get-together? For the longest time it seemed really difficult if you wanted to hire a live band to come and perform at such an event. Where could you even begin trying to find a band? What style would they play and would it be appropriate for your party? How much would it cost to hire them? Were they reliable or was there always that nagging risk that they would let you down on the big day?

All these questions and many more were exactly the kind of things going through people’s minds when trying to book live entertainment and find bands for hire in the past. With all of the innovations in the music industry that have taken place over the past decade or so, it would seem impossible that no one would have thought of a better way to bring such live performers to the attention of those who wish to hire them. If you’d reckoned that someone would have come up with just such a solution, you’d now be right!

Finally, there is an online service that allows people looking for bands to get an idea online: hire a band from earcandy liveentertainment. You are able to view acts and read testimonials about all of the bands, so earcandy bands for hire gives you a really great idea of exactly what you are going to get when you have that fantastic party in mind. In addition to a wide number of bands, the earcandy website also offer a wide selection of DJs and contacting the site is very easy. Earcandy really has taken the worry and stress out of the process of finding the right live performers for your special event.
Posted by entrailicus at Tuesday, July 16, 2013 No comments:

I miss doing this!

To all those who used to drop by here, I should say that I really miss writing this blog and hope to resuscitate it soon.

Who was John Peel?


The philosophy of this blog is a celebration of music in the spirit of the late John Peel. For those of you who want to learn more, click here.

People who should know better

Peel Shows Available at a Glance

documentaries available at a glance

sessions and concerts available at a glance